The Question of the Wolves


The National Park Service is holding public meetings around the Great Lakes to get input about what -- if anything -- should be done to save the population of wolves on Isle Royale.

I attended one of these meetings in Chelsea, Michigan.


There is one pack of wolves currently on Isle Royale with 11 adults.
This year they had at least 2 pups. 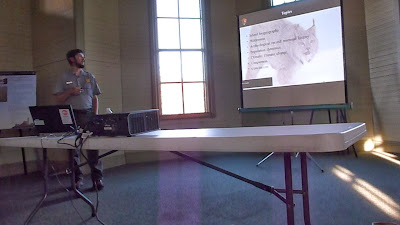 The pack has lost genetic diversity over time, and there is a genetic skeletal deformation that has become prevalent in the wolves there.


These are three alternatives the NPS is considering:

1. No action
2. Bring a new pack to the island once current pack dies out
3. Bringing a few individual wolves to the island to increase genetic diversity and health of pack 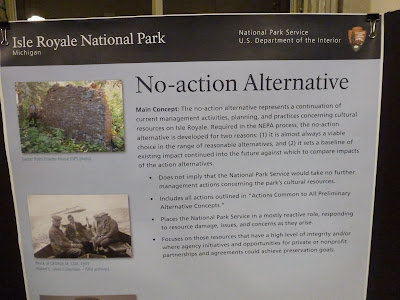 The Lansing State Journal did an amazing special report with gorgeous photos on this topic. It can be found HERE.

I have applied to assist with the moose-wolf study in May of 2014 as part of my current adventure exploring many of the islands of the Great Lakes. Isle Royale is a special place in the lakes, a jewel of a park and home to the longest predator-prey study ever done. Data for The Moose-Wolf Project has now been collected for over 50 years.

Input from the public is welcome. E-mail your comments to:  ISRO_wildlife@NPS.org

Posted by Author & Adventurer Loreen Niewenhuis at 8:36 AM No comments:

The Last Loop on my Book Tour


I had a wonderful time touring this year with my book: 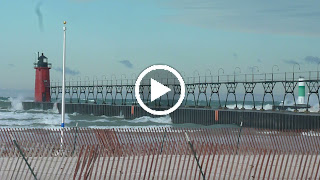 November found me traveling to South Haven for the "Women's Only Weekend" where I gave a presentation at the Michigan Maritime Museum.


I also gave a talk in Plainfield, Michigan, just NE of Grand Rapids. There were nearly 100 seniors and other citizens from that community who came out to hear about my adventure!


My last appearance for 2013 was out in Saugatuck, Michigan. I took some time to get to the edge of Lake Michigan and to feel the power of
the waves and wind!


My book tour is taking shape for next year. I will have a limited touring schedule since I will be on my Great Lakes ISLAND Adventure most of the year, but I am currently booking engagements for April and May, 2014.
Posted by Author & Adventurer Loreen Niewenhuis at 6:33 AM No comments:

The Problem of Invasive Species

I'm often asked what is the most pressing problem
for our Great Lakes.
My answer:
Invasive species.

When a new species is dropped into an ecosystem in which it has never existed, it often has a huge survival advantage and can toss the entire system out of balance for a time.

As I've walked the shorelines of our vast inland seas, I've often seen evidence of the destructive power of invasives.

While vigilance and legislation (e.g. strict ballast water treatment laws) can help prevent transport of new species into the Great Lakes Basin, what can be done to control them once they have established a hold in the lakes?

INVASIVEORE.ORG has some ideas...
and recipes!

From their website:
Our mission here at Invasivore is to be your one-stop guide for devouring Invasive Species, those organisms which have been moved around the world, damaging their new surroundings.  Think of it as reasonable revenge for the harm these species cause.  The word “invasivore” comes from combining “Invasive Species” with the latin for “devour” as in “carnivore”.  Thus invasivore = one who eats invasive species.
From prehistoric times, humans have had an amazing track-record of severely reducing the populations of species we eat.  Indeed, it seems that much of the time we can’t stop ourselves.  Can we tap that hunger to reduce the impacts of harmful invasive species?  We think the answer is Yes!

Check out all the recipes on their site, including one for
Alewife & Cucumber Crackers.

Posted by Author & Adventurer Loreen Niewenhuis at 8:14 AM No comments:

I met Sally Thompson while on my 1,000-Mile Great Lakes Walk.

She helped me to navigate my way around the many inlets along the western edge of Lake Erie. She knows the area because she is an avid kayaker. 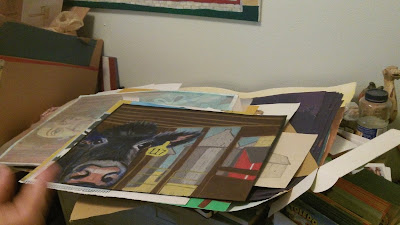 Sally is also a talented artist. I was able to meet up with her this October and look through her artwork. I had purchased a barn drawing from her earlier, but had wanted to see more of her work in person. 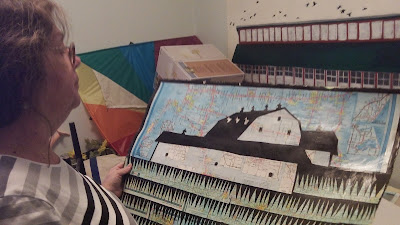 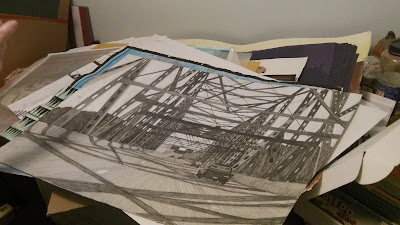 You can check out her artwork at her website:
http://SallyThompson.stepanic.net

Or in person at these galleries:
Gallery 108
108 Park Place, Dundee, Michigan 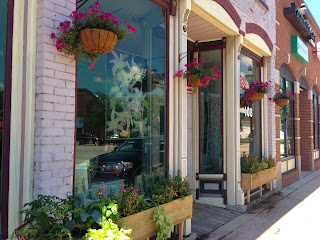 or
The Hudson Gallery
5645 Main Street, Sylvania, OH
Posted by Author & Adventurer Loreen Niewenhuis at 9:20 AM No comments:


I was delighted to be invited to the 10th Anniversary Celebration for the Martha W. Griffiths Rare Book Room at the Michigan Library in Lansing, Michigan.


This is a beautiful library in Michigan's capitol, and the rare book room holds many rare and historic books and maps.

The evening began with an amazing lecture by Randy Asplund who is an internationally known Book Artist. He creates books and art the way they were made in Medieval times. He gathers natural materials to create his inks using methods from hundreds of years ago. In his presentation, he showed photos of gathering rocks or flowers or even the gall from animals (from the gall bladder) and how he then created vibrant colors from these materials.

He uses the same types of quills and instruments to do the calligraphy of his books on pages made from handmade paper or animal skins.


The evening then progressed to the 4th floor of the library where the Martha W. Griffiths Rare Book Room is located. Martha Griffiths was the only woman from Michigan to serve in all three branches of government.


It was a lovely celebration and I will return to this library to research the history of the islands of the Great Lakes for my upcoming book:

Posted by Author & Adventurer Loreen Niewenhuis at 6:59 AM 2 comments: 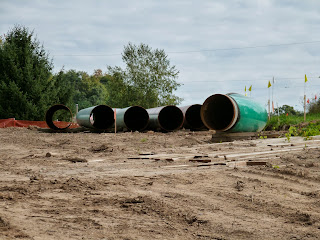 Enbridge is replacing a large portion of the pipeline that spilled ~1 million gallons of oil in Michigan. 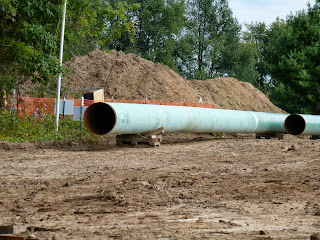 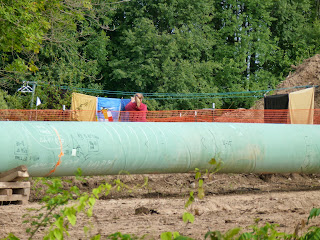 The pipeline will be buried soon. It runs underneath farmland, past homes, near wetlands. 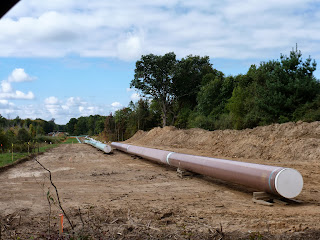 Here's a bit of video shot near the new pipeline:


Posted by Author & Adventurer Loreen Niewenhuis at 12:35 PM No comments:

I had a wonderful time on my book tour last week in Ohio.
I spoke at four locations:

The Conversations Club in Wilmington is a woman's group that has existed for over a century!


Books N More in downtown Wilmington has a great selection of toys and gifts in addition to all of the books!


The Friends of the Library Annual Dinner in Amherst, Ohio, was a great event! I was the featured author for this gathering.

Posted by Author & Adventurer Loreen Niewenhuis at 7:21 AM No comments:

The islands of Lake Erie hold some unique history. On Kelly's Island, there is a large slab of limestone where Native Americans used to carve messages.

It is thought that these pictographs gave information about hunting and fishing sites on and around the islands and told of events in the area.

While the rock has been weathered over time, there was a sketch made of the pictographs by an army Captain that preserves some of what has been eroded away.


Posted by Author & Adventurer Loreen Niewenhuis at 2:30 PM No comments: 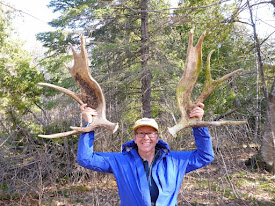 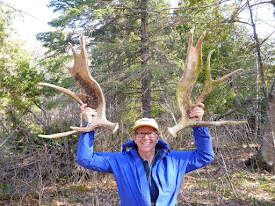 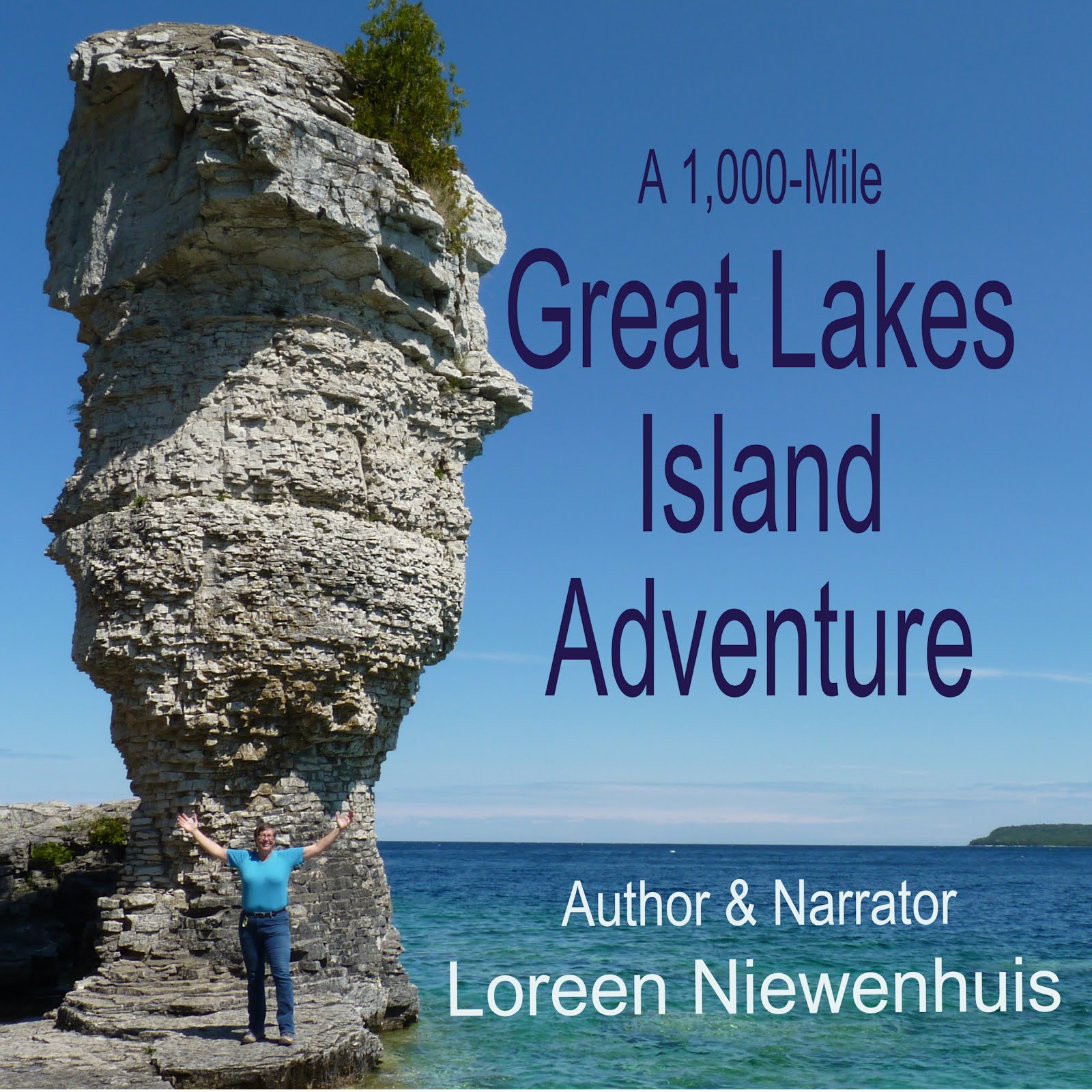 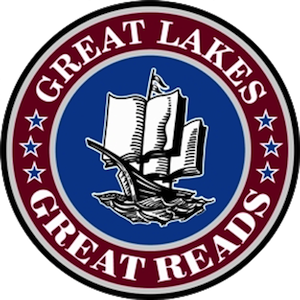 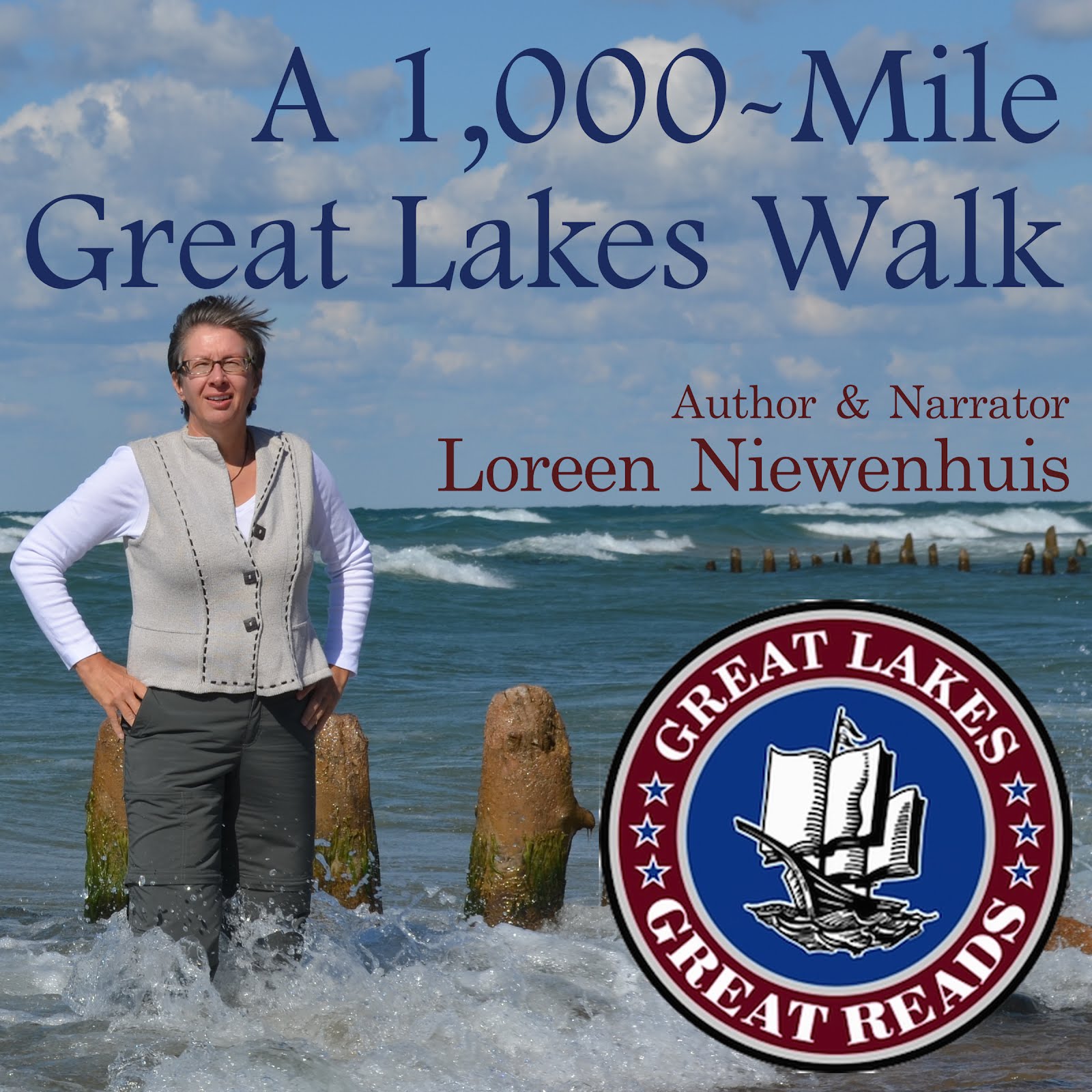 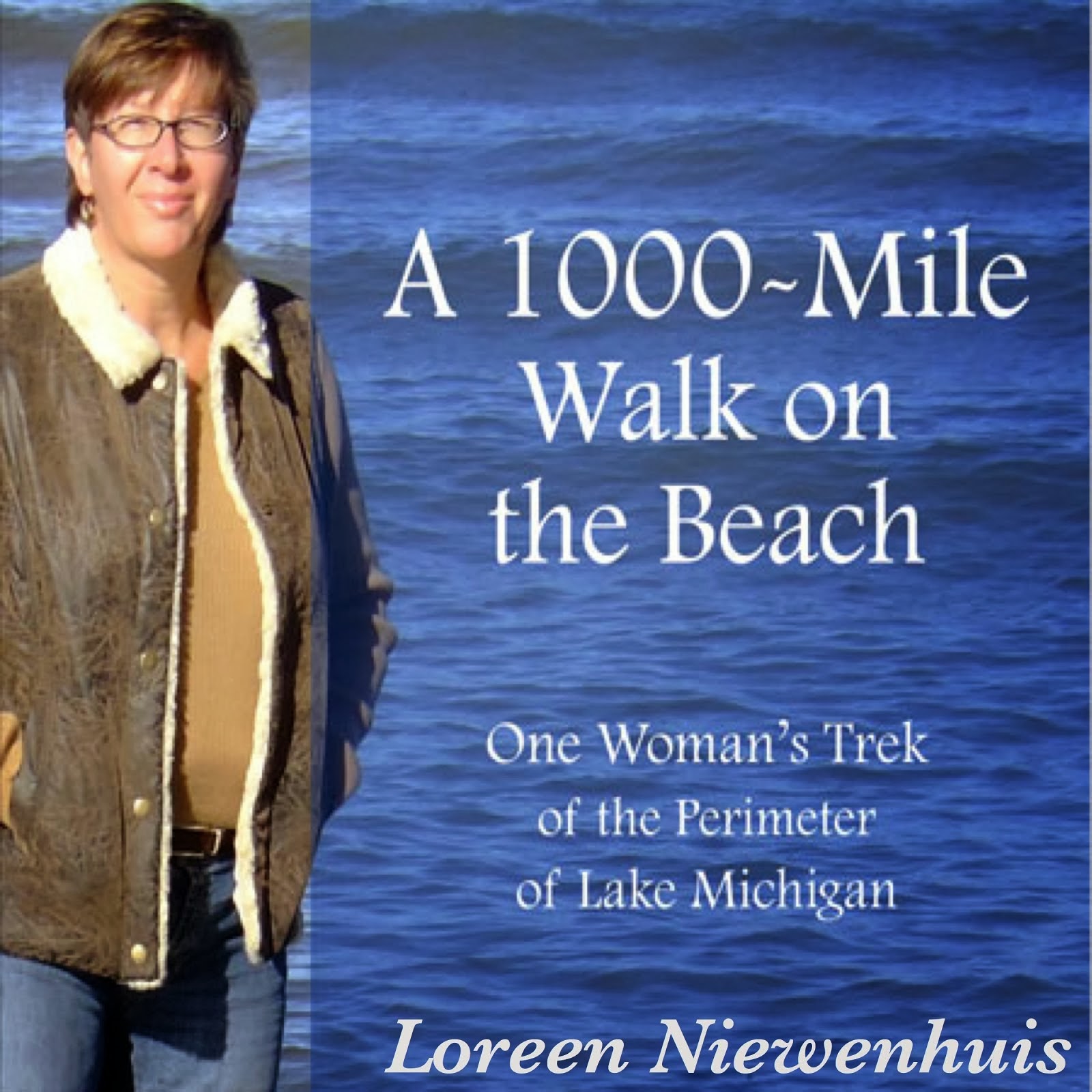 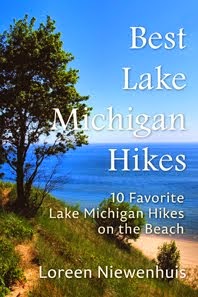